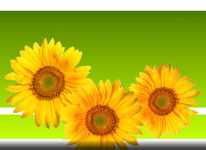 The Clorox Total 360 Spray Disinfection System is the first system to pair electrostatic spray technology with a portfolio of Clorox disinfectants and sanitizers to reach, disinfect, and sanitize out of sight surfaces for a much cleaner and healthier facility.

The Clorox Total 360 System is the first disinfection & sanitization system to use Electrostatic Technology. By charging finely dispersed droplets of trusted Clorox disinfecting and sanitizing solutions with an electrostatic force that easily overcomes gravity, you can now cover and clean out of sight surfaces at the side, underside, and backside of furniture and other surfaces that traditional disinfecting sprays, foggers, and mopping cannot clean. In fact, compared to traditional disinfection protocols, the Total 360 System is 4X faster, highly cost-effective (requiring 65% less solution), and can cover up to 18,000sqft/hr...
Watch The Clorox Total 360 vs Conventional Disinfecting Systems Video:

The Clorox Total 360 System is ideal for use in disinfecting:

Schools contain thousands of hard to clean surfaces that are covered in pathogens that help to spread sickness like colds and flu and disease to students and staff. It is estimated that teacher absences in K12 schools cost about $25 Billion annually, and 60 Million student absences result in decreased performance. A major university spent an estimated $30,000 per day defeating a Norovirus outbreak. The Clorox Total 360 System can kill MRSA, Norovirus, and germs that cause colds and flu - to keep your school healthier...

Healthcare Facilities represent the toughest disinfection challenge. Every year 725,000 Healthcare Associated Infections (HAIs) are spread from these facilities, and it is estimated that about $45 Billion is spent on treating HAIs. Sudies show that 85% of wheelchairs in hospitals are contaminated, and only 50% of hospital surfaces are disinfected. The Clorox Total 360 System can kill MRSA, Norovirus, e-coli, salmonella etc. even on out of sight surfaces- revolutionizing the disinfection of healthcare facilities...

Athletic facilities and sports arenas are designed to promote health and fitness. However, thousands of germ-covered surfaces are difficult to disinfect and promote diseases and sickness. Studies have shown that up to 50% of athletic trainers have reported hospitalization due to MRSA with associated cost of $14,000 each! The Clorox Total 360 System can kill MRSA, Norovirus, and germs that cause colds and flu - to keep your athletic facility healthier...
Watch The Clorox Total 360 for Athletic Facilities Video:

Clorox mandates that all distributors must advertise all Clorox Total 360 products at or above their agreed Minimum Advertised Price. However, Clorox does allow for distributors to discount these products to certain market sectors:

TO OBTAIN BEST AVAILABLE DISCOUNT PRICING ON ALL CLOROX TOTAL 360 PRODUCTS FOR YOUR FACILITY, CALL DOBMEIER AT 1.800.870.2006. 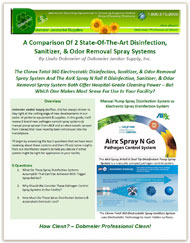 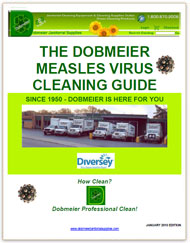 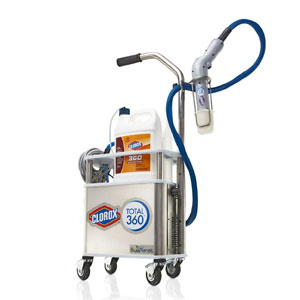 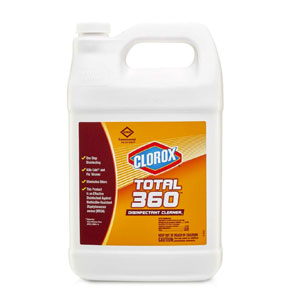 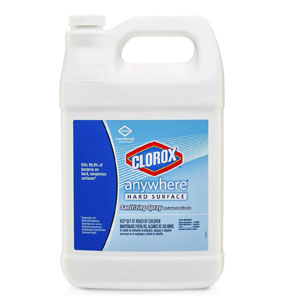 Call Dobmeier At 1.800.870.2006 To Find Out About Best Available Discount On The Clorox Total 360 System & Supplies For Your Facility 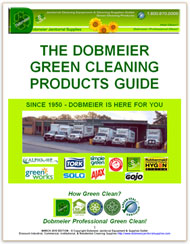